Every week police ask our readers for help to find wanted suspects.

These are the people currently most wanted by the Met Police.

Also known as Aaron Royer, 55, is wanted by police for breaching conditions of the Sex Offenders’ Register.

He is also wanted for questioning in connection with an allegation of rape in Suffolk.

Rowan is from Hackney, but may have left the area.

Detectives investigating a violent armed robbery at a shop in New Cross have released an image of a man they are seeking to identify in connection with the incident.

At approximately 00:05hrs on 24 February, a man in possession of an air-powered weapon entered a shop on New Cross Road, SE14, and made demands for cash.

The man threatened the male member of staff with a ‘BB gun’ and when demands were not met, repeatedly shot the shopkeeper in the body and head.

Do you know this man?The victim self-presented at a south London hospital where he underwent surgery to remove two pellets from his body. He has been left with permanent scarring.

The suspect escaped with no money.

He is described as a white male, approximately 40 years of age, with a London accent and wearing a patterned face mask.

Detectives are re-appealing for information to trace the whereabouts of a wanted man.

Patrick McDonagh, 21, who is of no fixed address, is wanted by police in relation to an assault that took place on Bullsmoor Lane in Enfield on Monday, 12 April.

Patrick McDonagh
A vehicle was driven at a 21-year-old man causing serious injuries.

The victim remains in hospital in a critical condition.

McDonagh was last seen in Cricklewood, Barnet on the week beginning Monday, 26 April.

He has links to several areas including:

Keep up to date with all the latest crime news from across London with our Facebook page, which can be found here.

You can also sign up for our weekly crime newsletter here.

All of these wanted people are not to be approached and any sightings ring 999.

Anyone with information can ring Crimestoppers on 0800 555 111 or leave a message on the police social media pages. 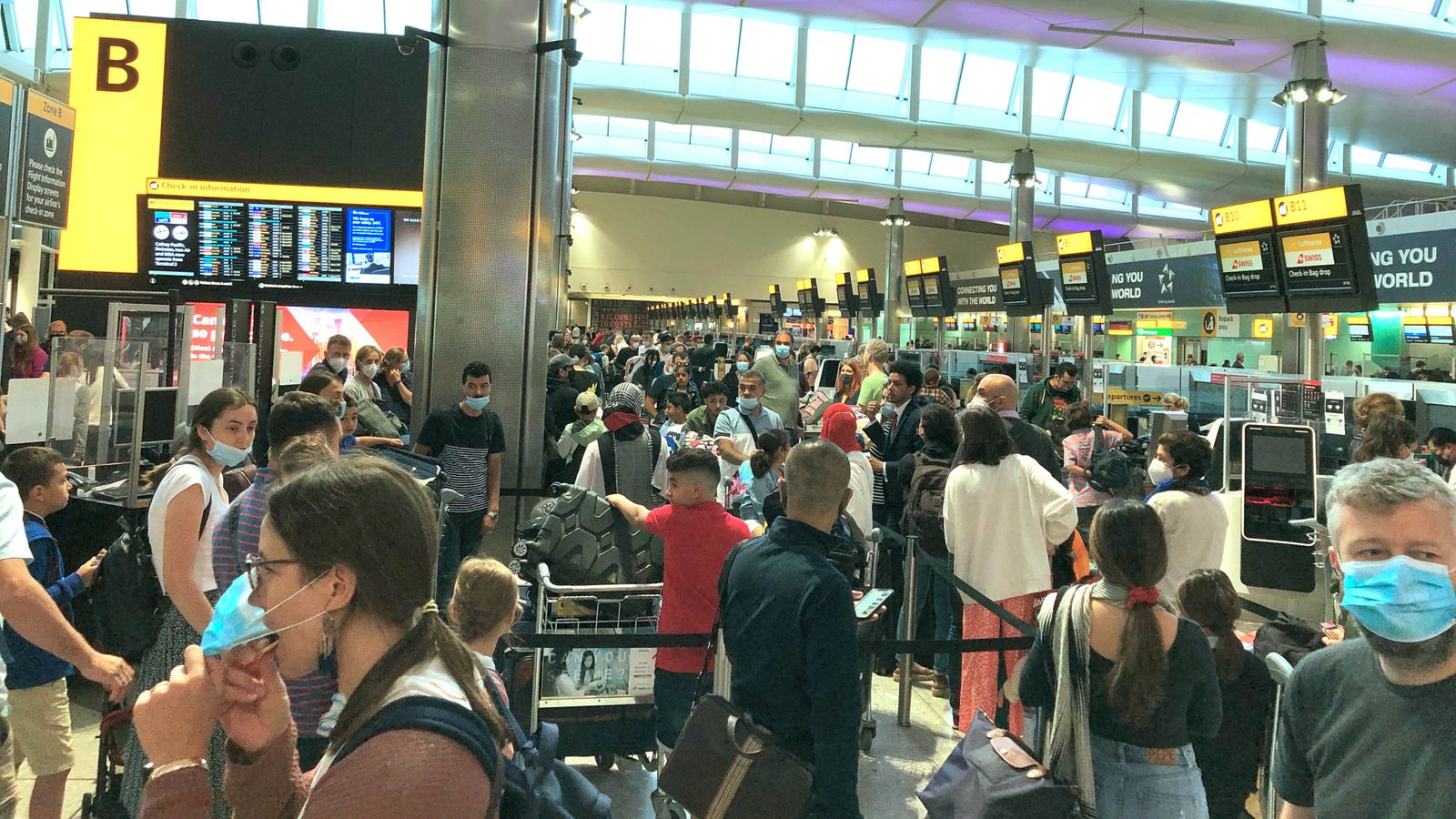 COVID-19: ‘Total chaos’ at UK airports on busiest weekend this year – with COVID checks and lack of staff blamed