Former Secretary of State Mike Pompeo said Tuesday that President Joe Biden is showing up with a ‘self-dealt weak hand’ as he meets Russian President Vladimir Putin Wednesday for the first time as president in Geneva, Switzerland.

‘Biden has already signaled to Putin that he is timid and unprepared to confront the Russian challenge – a weakness that ex-KGB agent Putin surely senses,’ Pompeo wrote in an op-ed for Fox News. ‘We in the Trump administration created real leverage against Russia he could have used. Instead, he has chosen to abandon it,’ Pompeo claimed.

Former President Donald Trump‘s top diplomat’s biggest gripe is that Biden said climate change represents the ‘greatest threat to America’ during opening remarks on his first trip abroad – a remark that got mocked by Trump and Republicans.

Ex-Secretary of State Mike Pompeo wrote an op-ed Tuesday saying that President Joe Biden was showing up in Geneva for his meeting with Russian President Vladimir Putin with a ‘self-dealt weak hand’ because he said climate change was the U.S.’s top national security threat 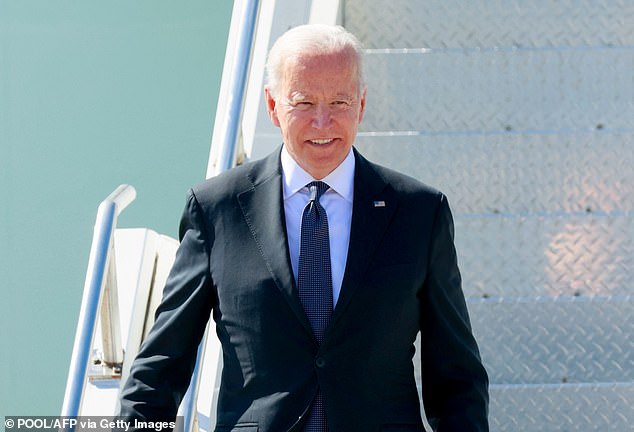 President Joe Biden is photographed Tuesday arriving in Geneva, Switzerland for his meeting Wednesday with Russian President Vladimir Putin. Pompeo wrote in a Fox News op-ed that Biden is ‘timid and unprepared’ for the meeting 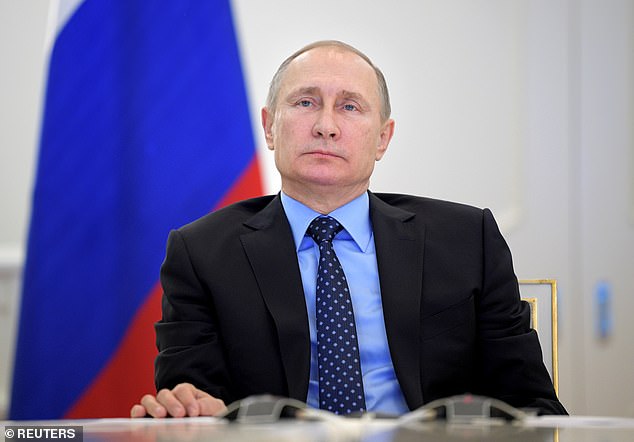 ‘Biden needs to make clear to Putin that our military places Russian aggression in the highest echelon of threats, and he will support our armed forces in deterring it,’ Pompeo said.

‘In fact, Biden must realize that Putin would love nothing more than to see the American left’s Green New Deal come to fruition,’ the former secretary of State continued. ‘Russia is a major petroleum producing nation that will gain geopolitical leverage worldwide if America cuts back our oil and gas production.’

He also thought Biden should push to stop Nord Stream 2, calling it hypocritical that he ended the Keystone XL pipeline project at home, but hasn’t exerted more pressure to get the Russian-German pipeline project ended.

‘Finally, Biden should make the case to Putin that cozying up to China will make his country a tributary state to the Chinese Communist Party. In the long run, Russia’s better bet is separating from the CCP,’ Pompeo suggested.

‘Biden should push Putin to pressure the CCP to join the U.S.-Russia New START nuclear weapons treaty,’ he continued. ‘By helping arrest an ongoing Chinese nuclear buildup, Putin will help save himself and the world from potential devastation at the hands of a regime even more aggressive than his own.’

Pompeo added that Putin could ‘win a bit of goodwill from the West’ by releasing opposition leader Alexei Navalny.

Pompeo pushed back on what he considers the media narrative about Putin and Trump.

Trump stunned the world during the 2018 Helsinki summit with Putin when he declined to condemn Russian interference in the 2016 presidential election.

‘My people came to me, Dan Coats, came to me and some others they said they think it’s Russia. I have President Putin. He just said it’s not Russia,’ Trump said at the time. ‘I will say this: I don’t see any reason why it would be.’

Pompeo said during the Trump administration they imposed ‘unprecedented sanctions’ against Russian entities, arked Ukraine and ‘convinc[ed] our NATO allies to pony up $400 billion in new defense spending.’

He said that while Democrats complained that Trump wasn’t tough on Russia, ‘Now President Biden has a chance to walk the talk.’

‘If Biden apologizes for America or casts pie-in-the-sky visions for cooperation, Putin will sense weakness, and America’s Russia policy will be in for a long three and a half years,’ Pompeo said.

Pompeo’s op-ed came the same day he launched a new political action committee, Champion American Values PAC, which will raise funds for 2022 Republican midterm candidates in advance of an expected 2024 bid for the White House. 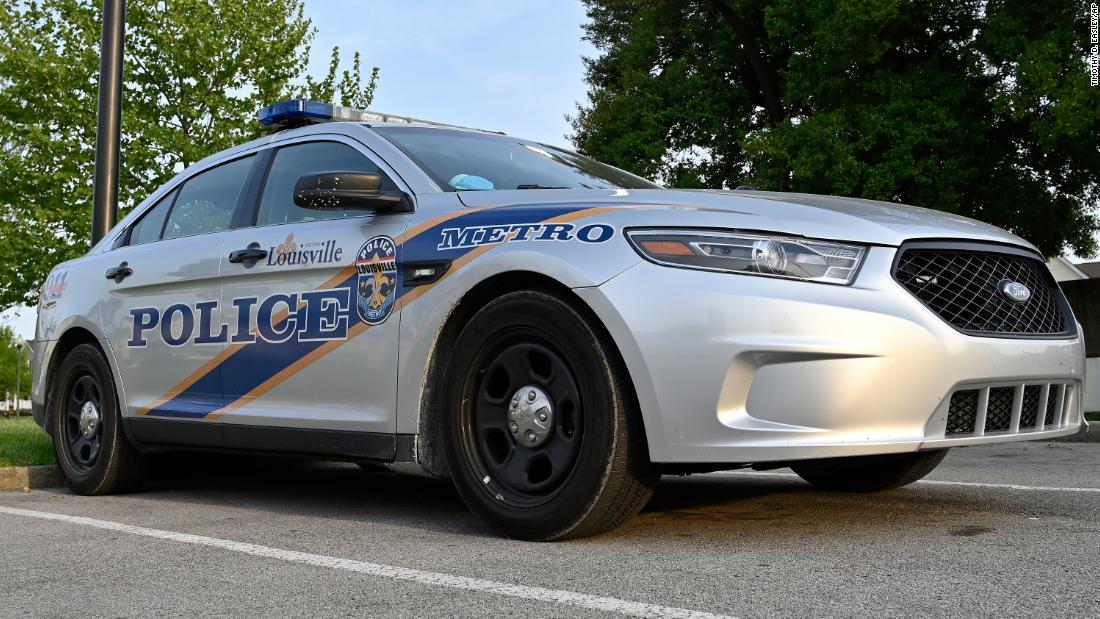 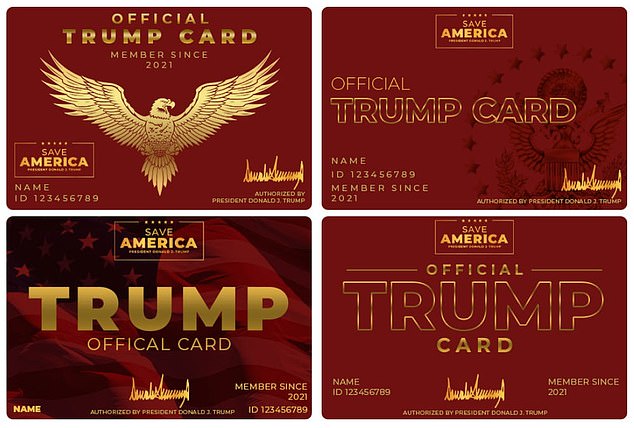 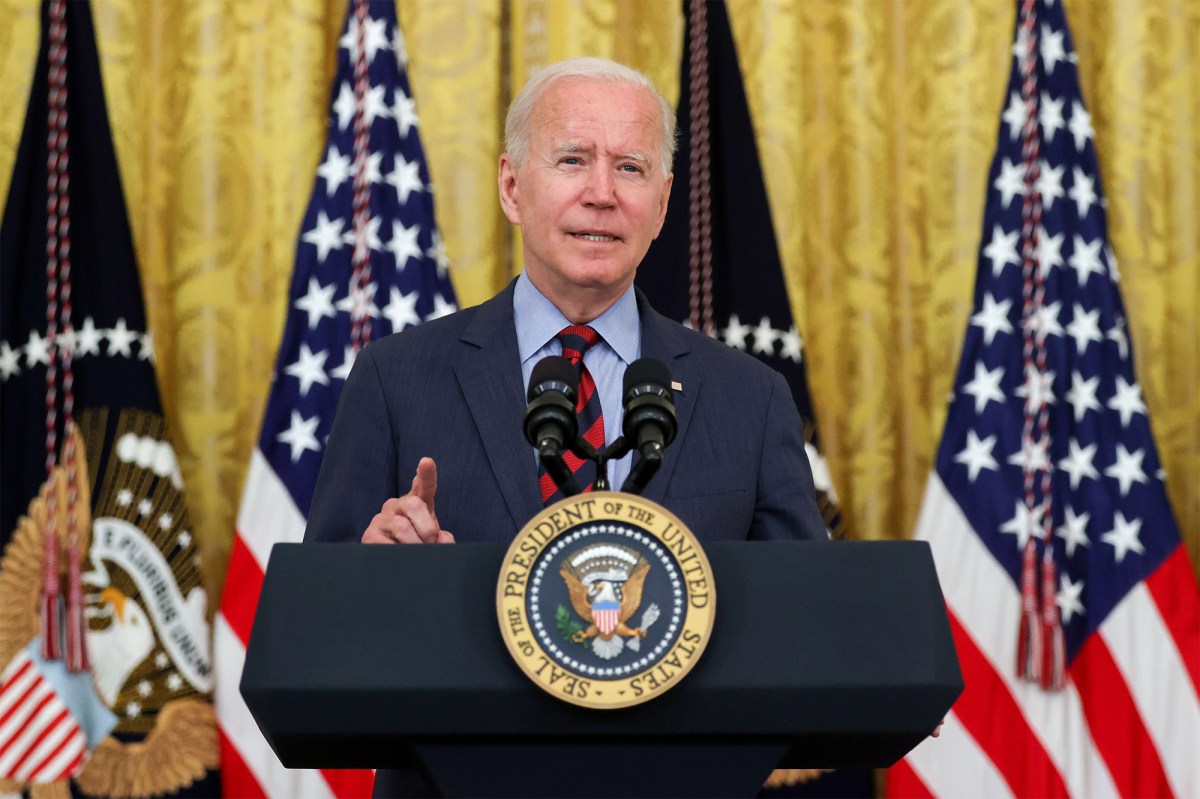 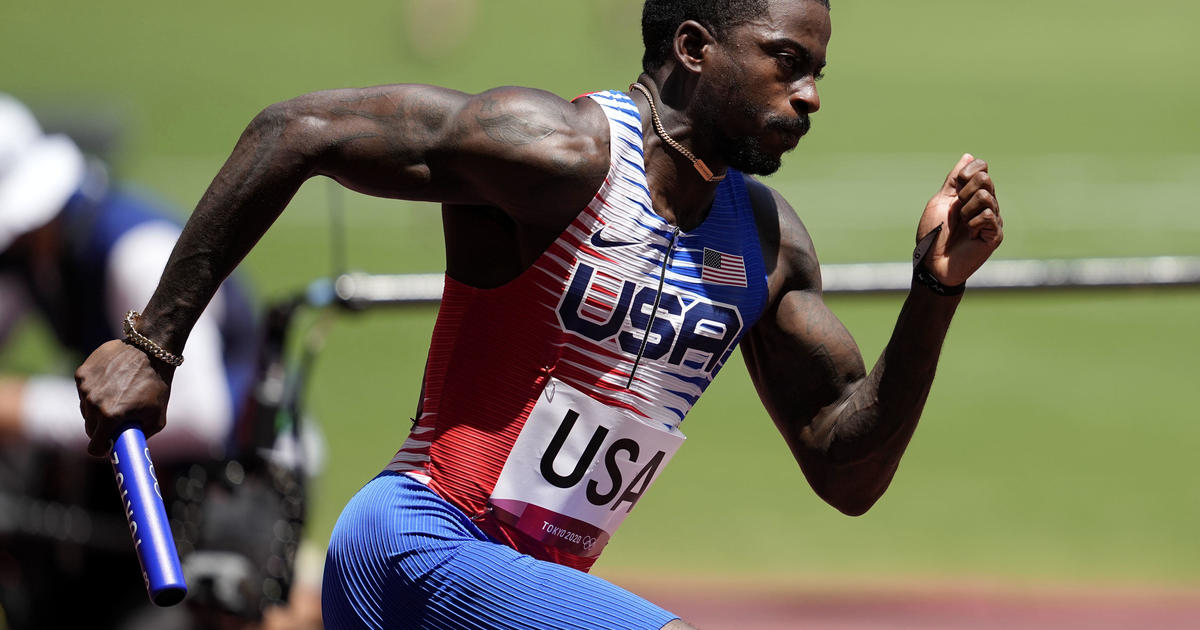