Republican Senators Lindsey Graham and Mike Lee were willing enough to help uncover proof of potential election fraud that they met with members of former President Trump‘s circle to hear what ‘evidence’ they had that the 2020 race was rigged, a new excerpt from ‘Peril’ revealed Monday.

Both lawmakers, who ultimately voted to certify the election results, were unconvinced.

According to the excerpt released by the Washington Post, Graham agreed to sit down with Rudy Giuliani and his team of lawyers on January 2 in a meeting arranged by then-White House Chief of Staff Mark Meadows.

Giuliani said his ‘evidence’ could hand Trump another four years.

But the South Carolina Republican reportedly thought there weren’t enough facts to back the bold claims and implored Giuliani to ‘give me some names.’

‘You need to put it in writing. You need to show me the evidence,’ he said.

Graham, who has a legal background himself, called the arguments in Giuliani’s memos ‘third grade.’ 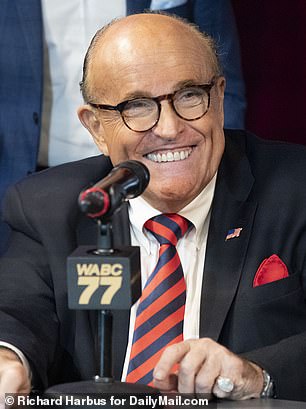 Lindsey Graham met with Rudy Giuliani at the White House on January 2 over claims the election was stolen from former President Trump, according to a new excerpt from ‘Peril’

One memo claimed Pennsylvania processed 682,777 mail-in ballots without proper observation, an argument that was thrown out by a federal judge two months prior when it was used by the Trump campaign to stop officials certifying the state’s results.

Another was titled ‘Voting Irregularities, Impossibilities, and Illegalities in the 2020 General Election.’

Giuliani alleged in a third memo that hundreds of dead people voted in Georgia based on data from ‘mail-in and absentee ballot voter names and obituaries.’

Despite his reported misgivings Graham sent the documents to lawyer Lee Holmes, an attorney on the Senate Judiciary Committee that Graham sits on. 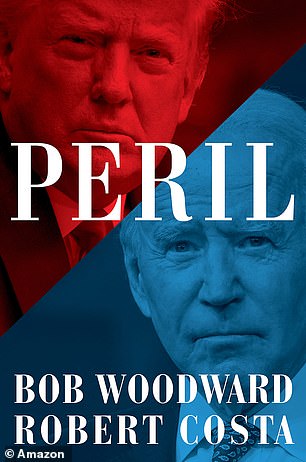 Of the Georgia claim, Holmes reportedly thought it was more likely that some people voted and then died. He used Giuliani’s presented ‘evidence’ to come to that conclusion.

Of the records he did find, they failed to reach levels Giuliani described. In Arizona, Giuliani claimed there were nearly 12,000 cases in which someone picked more than the maximum selections allowed on the ballot.

Only 180 of those applied to the presidential race.

‘Holmes could find no public records that would even allow someone to reach these conclusions,’ the book by Bob Woodward and Robert Costa states.

One memo regarding Georgia claimed the election there should be nullified and touted an ‘Independent analysis conducted by expert CPAs and Ivy League statisticians’ – but didn’t name who those experts were.

That report allegedly looked at data for 7.6 million US voters, but Graham’s lawyer found those claims inconclusive.

According to ‘Peril,’ Holmes said the claims ‘added up to nothing.’

‘Holmes found the sloppiness, the overbearing tone of certainty, and the inconsistencies disqualifying,’ it reads.

Also on January 2, the day of Graham and Giuliani’s West Wing meeting, Utah Senator Lee was given two pages labeled ‘PRIVILIEDGED AND CONFIDENTIAL’ from the White House. 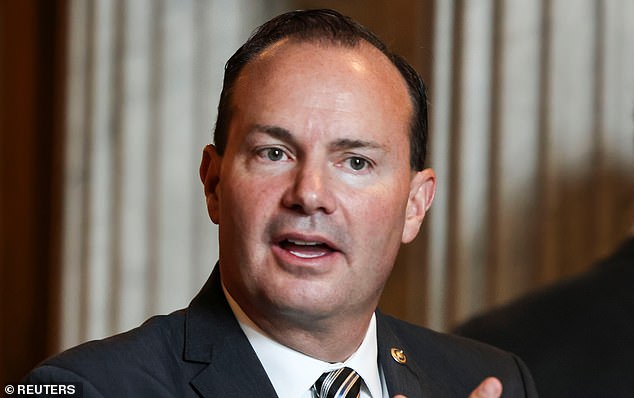 The day of the Graham-Giuliani meeting, Utah Senator Mike Lee received a memo from the White House titled ‘January 6 scenario’

Inside was a memo titled ‘January 6 scenario,’ a theory claiming Mike Pence was the ‘ultimate arbiter’ and could call the election in favor of Trump during the official certification.

Behind the theory was legal scholar John Eastman, who days later addressed Trump supporters outside the White House on January 6, before the Capitol attack.

Eastman argued that Pence could declare Trump the victor because seven states submitted dueling slates of electors to Congress that were split between Trump and Biden.

He claims Pence could set those states aside and only count electors from the remaining states.

But according to Lee those dueling electors were Trump supporters who put themselves forward in certain states in what Woodward and Costa describe as a ‘social media campaign.’ 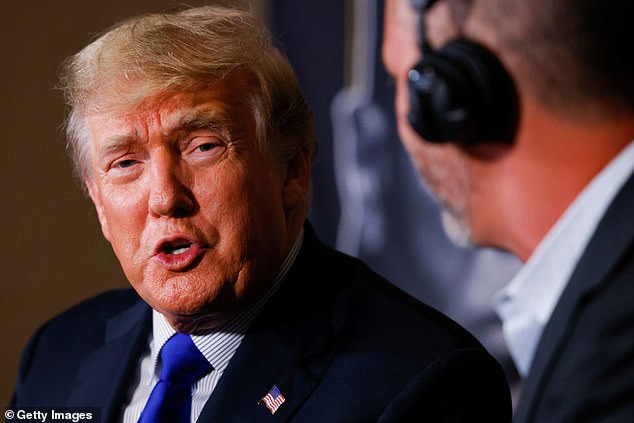 Lee was reportedly surprised Eastman would put the theory forward.

Both men had a background at the Supreme Court – Lee was a law clerk for Justice Alito and Eastman had been one for Justice Thomas.

The Utah Republican later told supporters at a late January event that he made multiple phone calls to officials in some of those states regarding a similar memo – but didn’t mention the author.

No officials acted on Lee’s call.

‘At that point, I believed that we had reached the end of the process, as indeed we had,’ he told constituents.

Eastman told the Washington Post that he was only exploring ‘all options that had been proposed’ and that he ultimately counseled Pence to delay certifying the results rather than act on dueling electors.